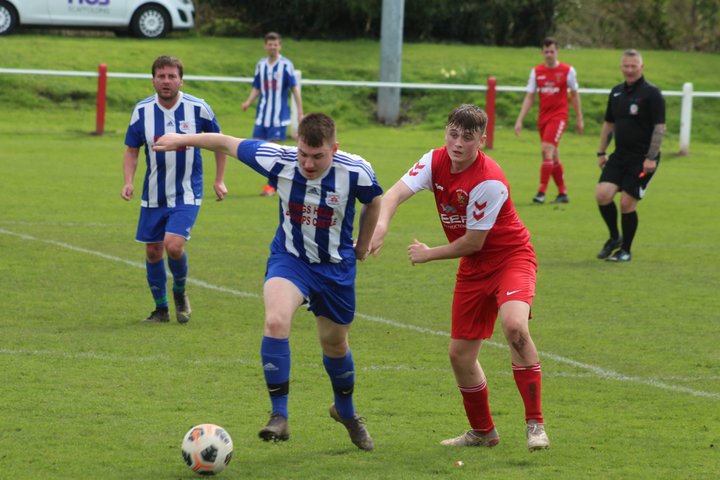 TOP THREE KEEP THE PRESSURE UP

Radnor Valley came out on top in a thrilling 3-2 victory over Montgomery Town.Goals from Matt Croose and Lewis Morris gave Radnor the lead before a Tom Evans double brought the visitors level.Radnor were not to be denied as Elliott Morris struck the winner in the 78th minute.
Brecon Corries returned to league action sfter an impressive cup win in midweek with a 3-1 win at Bishops Castle.Craig Evans fired Corries ahead only for Jack Mellor to equalise for Castlebefore the break.Second half goals from Paul Keddle and a second for Evans ensured Corries maintained their title bid.(pictured)
However Builth Wells remain the team to beat and maintained their lead at the top of the table with a 5-1 win at home to Forden Utd.Chris Roffstarred with two goals while Ollie Woods,Blake Evans and Lee James also scored while Ben Roberts scored a consolation for the visitors.
In the West Tregaron Turfs were 2-0 winners at Dyffryn Banw courtesy of two goals from Daniel Owen.
Tywyn Bryncrug scored an amazing 18 goals against a depleted Newcastle Emlyn side in the E.R.Jenkins cup with goals from Mark Edmondson5 Dave Jenkins 4 Cullen Rodgers 2 Iwan Richards2 Further goals from Aaron Rodgers,Aled Jones,Aston Heath,Nathan Morrisand Laurence Chesworth completed the scoring 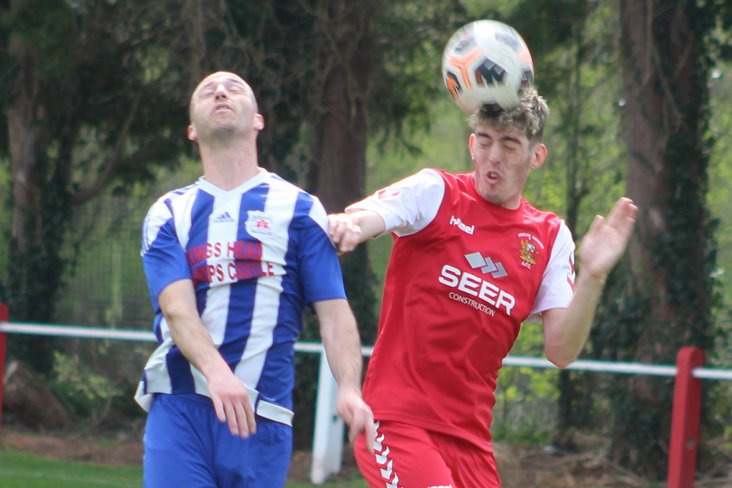