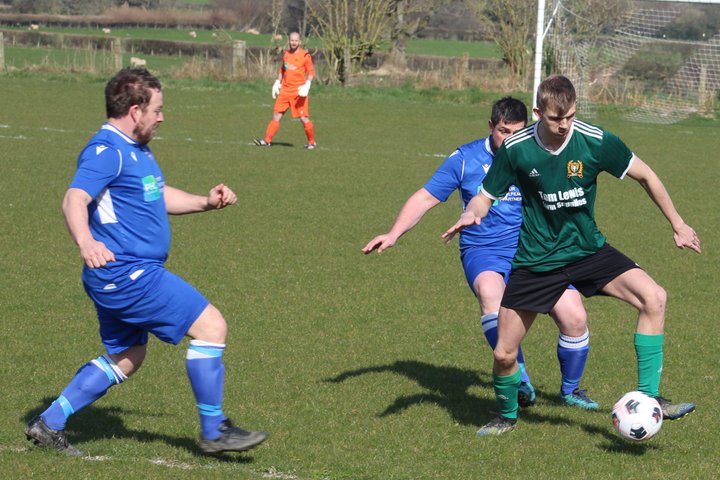 Forden Utd completed the shock of the day by returning from the Rich Field with 3 points after defeating fancied Brecon Corries.
The visitors led with goals by Steve Roberts and Jake O'Donnell before Corries stormed back to level through a Dale Evanspen and Luke Roughley.However with two minutes remaining Chris Price netted the winner to give Forden a memorable victory.
Joey Price scored a brace for Radnor Valley as they defeated Waterloo Rovers 3-1 (pictured}at the By pass.Elliot Morris also netted before Waterloo replied with a late consolation by Chris Proctor.
Builth Wells scraped three points with a single goal by Aeron Powell was enough to win at Llansantffraid and go to the top of the table.
A Dave Anthony double earned Abermule a 2-0 home victory over Bishops Castle while Hay St Marys claimed the spoils in a 4-0 victory at Newtown Wanderers thanks to a Richard Lynes hat trick and a Jack Cleeves strike.
In the West league Tregaron Turfs were 3-1 home winners over Tywyn Bryncrug with goals from Dylan Davies,Ifan Jones and Daniel Owen.Tom Allen netted a late consolation for the visitors 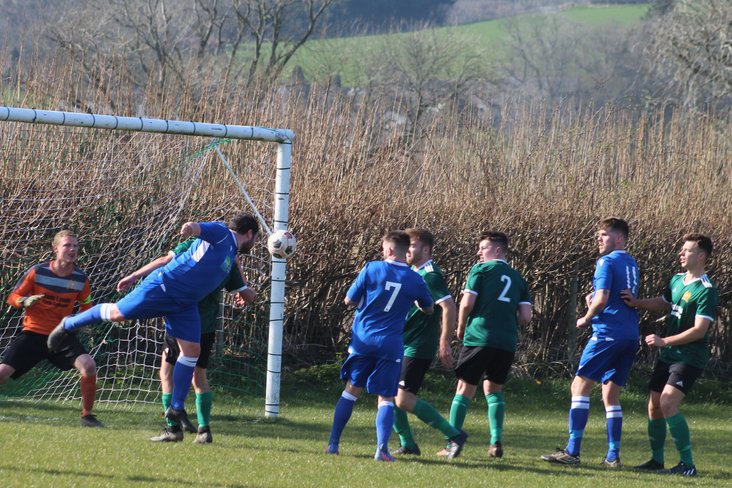