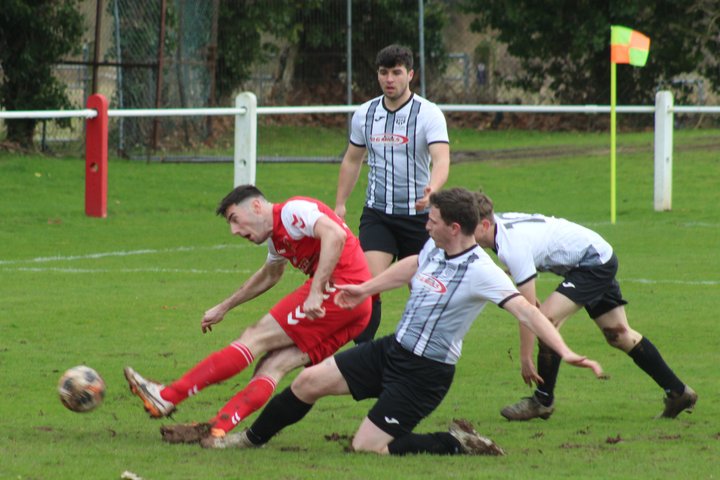 Brecon Corries maintained their league title bid with a 4-0 win over visitors Llanfyllin Town at Rich Field.
Joel Evans led the scoring with a hat trick with brother Craig scoring the other goal.The hosts ended with 10 men following Jordan Bakers second dismissal of the season.
Builth Wells dropped valuable points as they fought back to gain a 3-3 draw at Abermule after going behind.
The hosts raced ahead with goals from Dave Laird and Charlie Humphreys before Chris Roff pulled a goal back for Builth.Leading goalscorer Greg Preece levelled the scores before a Laird own goal put the visitors ahead only for a late goal by Dave Anthony to gain a share of the points.
Radnor Valley maintained their impressive form with a 6-1 victory at Newtown Wanderers.Rees Morris and Charlie Beaumont both netted doubles with Elliott Morris and a Callum Jones own goal completing the scoring .Wanderers consolation goal came from Neil Lloyd-Jones.
In the West section Dyffryn Banw celebrated a 3-1 victory at Aberaeron.Llyr Evans put Aberaeron ahead but Banw stormed back with goals from Joe Evans,Aled Davies and Gerallt Davies.
Tregaron Turfs defeated Barmouth 3-0 at Tregaron courtesy of goals from Ryan Davies,Daniel Owen and Rhun Garner.
A solitary goal from Sam Bithell gained Aberystwyth University a home win against Tywyn Bryncrug 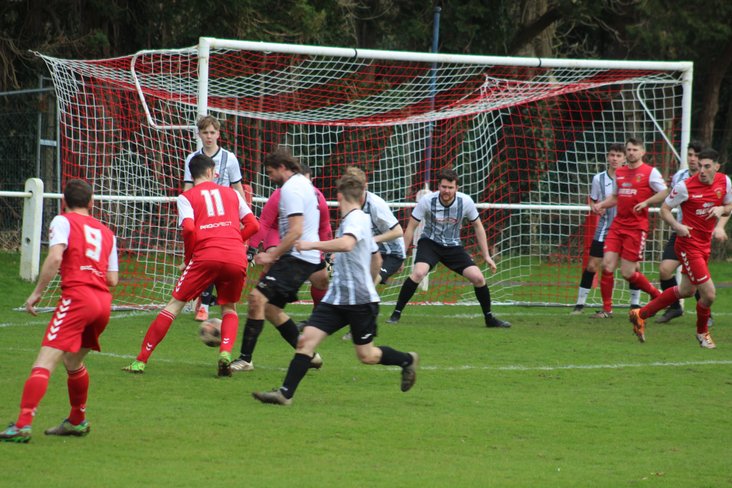 WEEKEND ROUND UP  CORRIES PLUNDER 3 POINTS IN TITLE CHALLENGE