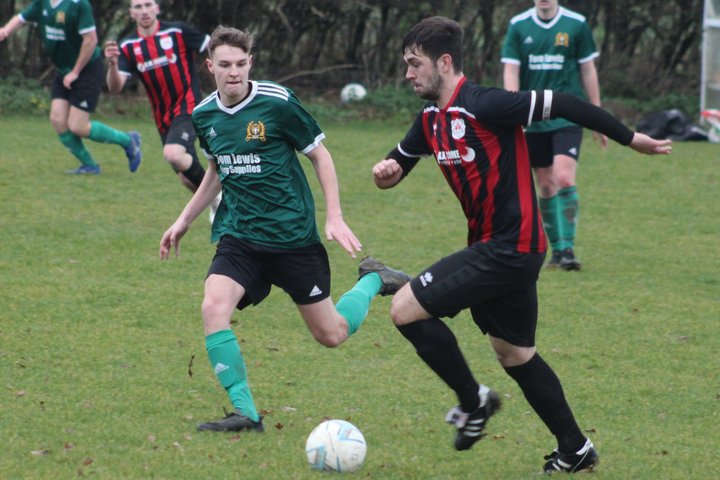 CASTLE LET IT SLIP AT THE DEATH

Matt Croose's last gasp leveller earned Radnor Valley a much needed point in a 3-3 draw at home to Bishops Castle.
Jack Mellor fired Castle into an early lead with Sam Jones doubling their tally before Joey Price reduced the arrears from the penalty spot before the break.Mellor restored Castles two goal cushion in the second half before Croose gave Radnor hope with nine minutes remaining and completed his sides comeback with his second at the death .
llansantffraid celebrated a 3-1 win at Churchstoke.Jake Harris put the visitors ahead but this was cancelled out by a Greg Pryce strike before the break.Dale Evans missed a penalty for the visitors before goals from Aled Jones and Sam Evans ensured the points for the Treflan side.
Aled Davies was the hero for Montgomery with both goals as they beat visitors Llanfyllin 2-1.Gruff Evans failed to find the target for the visitors before atoning to reduce the arrears with nine minutes remaining 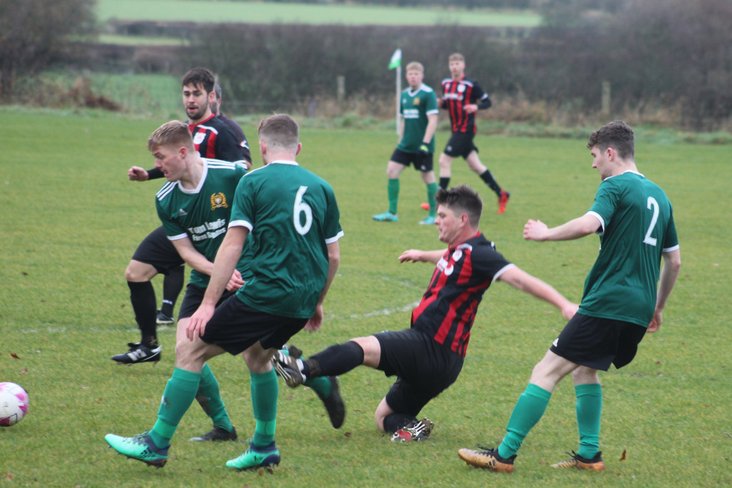 WEEKEND ROUND UP  CARDS GALORE BUT NOT THE GREETINGS TYPE