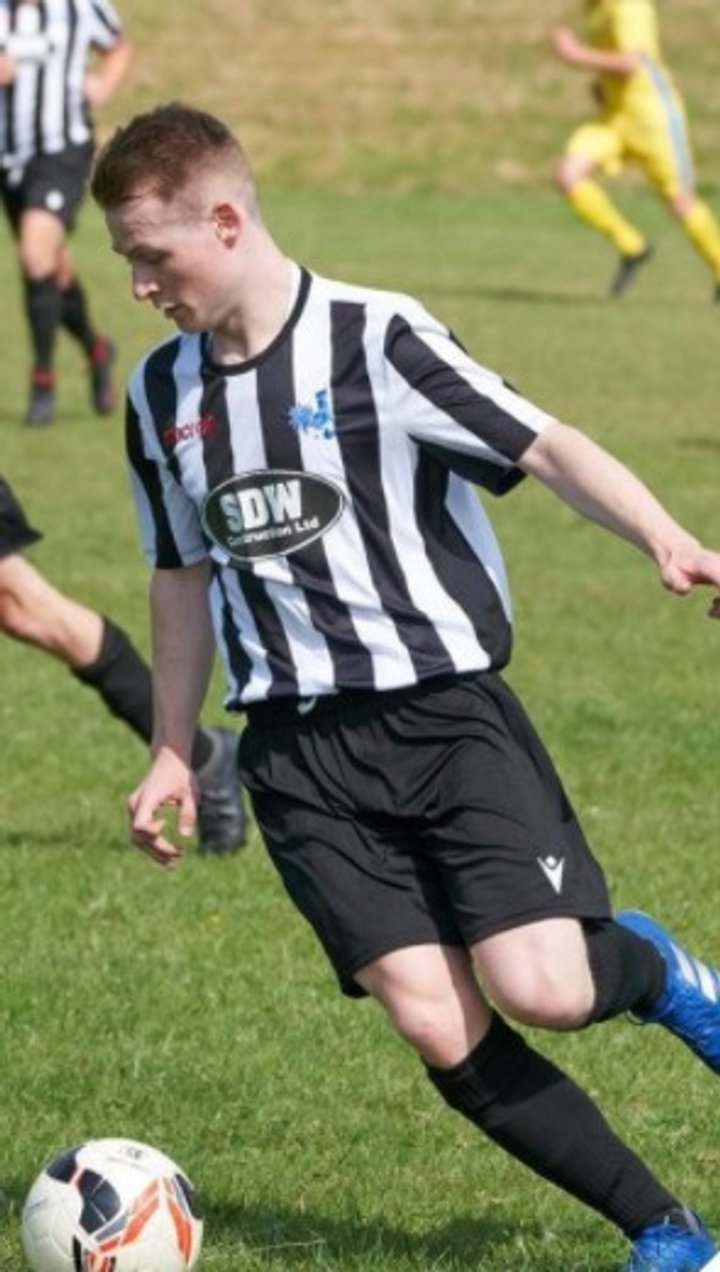 Forden Utd threw a spanner in the works as they hit back to win at leaders Abermule.
Alex Morgan (pictured) netted twice as Forden overcame a Charlie Humphreys goal after 24 minutes.Morgan netted a goal either side of half time to seal a Forden victory.
Front runners Waterloo Rovers celebrated a 2-1 home victory over Hay St Marys.Steve Jones broke the deadlock for Waterloo with 20 minutes remaining and despite Hay equalising through Jack Cripps the hosts prevailed as Jake Mantell hit a late winner.
Builth Wells kept in the hunt by beating 10 man Llansantffraid with goals from Greg Preece and Aeron Powell with the Saints ending with 10 men following the dismissal of Glenn Evans.
churchstoke and Llanfyllin shared four goals at Camlad Park.Stephen Stokes fired the visitors ahead only for Greg Pryce to equalise for Churchstoke before the break.Gruff Evans restored Llanfyllins lead midway through the second half only for substitute Luis Davies to level a second time for the hosts.
Newtown Wanderers celebrated a 3-1 win at home to Montgomery Town with goals from Warren Sherwood,Neil Lloyd-Jones,and Joe Evans
with Montgomerys goal coming from Lee Jones.
In the E.R.Jenkins Cup honours finished even between Tywyn Bryncrug and Tregaron Turfs.Rhun Garner gave the Turfs the lead but Aled Jones hit back for the home side after the break as the match ended 1-1.
It was a similar story at Aberaeron who were held to a 2-2 draw by Aberystwyth Univ.An Elwyn Edwards og saw the students lead before Rhydian ap Owen and Edwards netted after the break to put Aberaeron ahead.Wowever the visitors hit back to level through Pablo de Torres