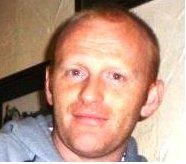 Neil Pryce has been confirmed as the new manager of Berriew, ending a dramatic episode of managerial mayhem that has dominated the past month’s local football scene

Former Welshpool player Pryce, who was No. 2 to previous manager Russell Cadwallader, was given the overwhelming backing of the Berriew committee last night following a fortnight which saw him lead the side to within a point of Spar Division One leaders Llanrhaeadr.

“I had a good chat with Neil after our meeting last night and we are delighted that he has taken the job,” said chairman, Delwyn Langford. “He has shown since taking over from Russell that he has the respect of the players and I believe we will do very well under him. He will certainly have the full backing of the club and Mike Pearce will come in to assist him.”

Pryce admitted that player power was key to him stepping into full time management.

"The backing i got from the club, especially the players, was the main reason behind accepting the offer," he said.
Cadwallader departed Berriew for Guilsfield who were left managerless following the departure of Mike Barton to Technogroup Welshpool a month ago. Dyffryn Banw also lost their manager Chris Roberts who has joined Cadwallader as assistant and he was replaced yesterday by Ian Roberts.