Machynlleth long trip to Talgarth ends in a 4-1 win 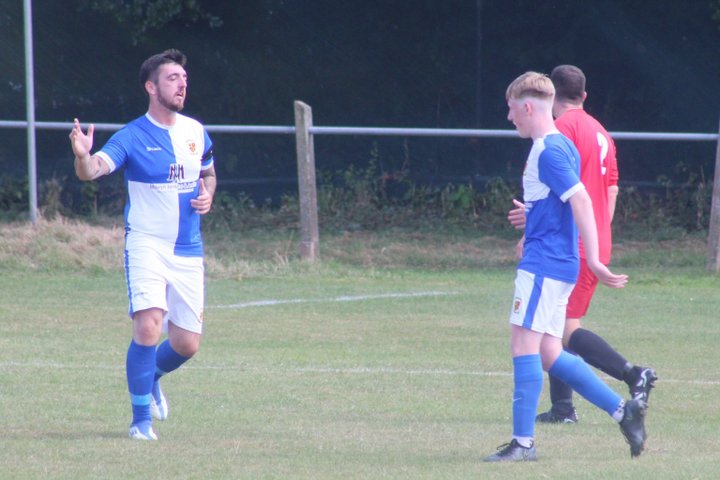 on the opening Saturday of the Central Wales League Southern Division

Machynlleth came away with all three points following their long trip south-east on the opening weekend of the MMP with Norman Lloyd Central Wales League (South). The Cae Clas club, who were playing in tier three Ardal North East last season, displayed their experience in the closing stages to defeat hosts Talgarth Town FC 4-1 at the King George v Playing Fields this afternoon.
It was the Royals who opened the scoring in the 11th minute on a warm afternoon in the shadow of the Black Mountains. James Smith shrugged-off the challenge of a Machynlleth defender before dinking the ball over the advancing Thomas Jenkins in the visitor's goal before ensuring that it had crossed the line The Maglonians were back on level terms 12 minutes later when Iestyn Evans curled an effort over the head of Talgarth Town goalkeeper Flynne Thompson and into the far corner of the net. The visitors enjoyed more possession during the second-half but were unable to break through a stubborn home defence until the final 15 minutes of the match. Captain Dafydd Williams lifted his effort over the head of Royals' custodian Thompson and under the crossbar in the 79th minute. Calum Humphreys then latched on to a well-timed through ball five minutes later before lifting his effort over the advancing Thompson. Talgarth Town were reduced to ten men moments after the restart when James Smith was shown a red card by Joe Lewis. The scoring was completed in the 88th minute, following the melee that had ensued from the red card incident, when former Ammanford, Carmarthen Town and Penybont striker Luke Borrelli was picked out by player/manager Richie Evans before coolly finding the back of the net with an finish of an experienced goal scorer.
Talgarth Town will look to bounce back from an opening day defeat when they head to former Watson Financial Mid Wales League (South) rivals Presteigne St Andrews on Friday evening. Meanwhile, Machynlleth play their first home match of the season on Wednesday night as they host Cambrian Tyres Aberystwyth League champions Llanilar at Cae Glas.