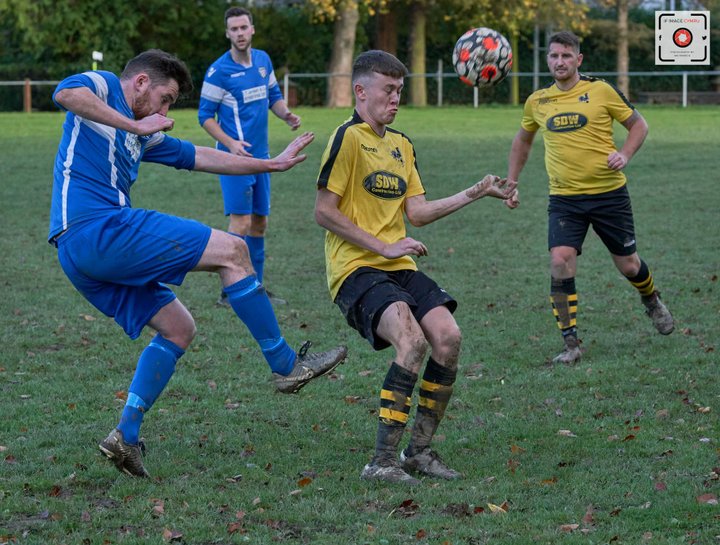 HOLDERS BOW OUT IN FIRST ROUND OF LEAGUE CUP

Holders Builth Wells departed this years league cup competition in the first round when they were defeated by Radnor Valley with the home side prevailing by the odd goal in a thrilling cup tie.After a goalless first half in which Joey Price missed a penalty the tie came to life in the second half.Rudi Griffiths put the holders ahead before Ieuan Price equalised for Radnor with Griffiths getting his second on the hour.Matt Croose levelled for Radnor before Elliot Morris scored a late winner.
There was an abundance of goals at Newtown Wanderers where the home side were dumped out of the competition by Abermule by 8 goals to 3.Charlie Humphreys led the way with a hat trick with the other goals coming from Mike Humphreys2,Dave Anthony,Adam Putson and a Leon Williams og Wanderers replied with goals from Rob Hartshorn,Huw Roberts and Dave Ash.The hosts also ending with 10 men following the dismissal of Ewan Jones.
Gareth Severs scored twice as Aberaeron overcame the challenge of Waterloo Rovers with a 4-2 extra time win.
Goals from Jack Lester and Severs gave the home side the lead before Rovers hit back with late goals from Steve Jones and Tom Ellis to force extra time However the home side were not to be denied with Chris Aldritt restoring the lead before Severs sealed the win.
Forden Utd hit back to beat Llanfyllin after going behind to a Thomas Williams goal.Forden equalised through Ryan Jenkins with a late Jake O'Donnell penalty securing the win.
A solitary Jack Biggs goal was enough to secure Hay St Marys the win At Tywyn Bryncrug,while an Alwyn Jones double and an Oliver Higgins strike earning Dyffryn Banw a 3-0 home win over Aberystwyth Univ.
In the only league match played Llansantffraid eased to a 3-0 win at Montgomery with a Gary Meredith -Thompson double and Rhys Jones og completing the scoring.
Meanwhile Ryan Davies and Daniel Owen both scored twice as Tregaron Turfs won 5-1 at home to Newcastle Emlyn in the E.R.Jenkins Cup with Jac Hockenhull completing the scoring while Anthony McDonald fired a consolation

 WEEKEND ROUND UP ABERMULE STUNNED BY FORDEN COMEBACK

WEEKEND ROUND UP  BUILTH FALTER AS LEADERS PUSH ON