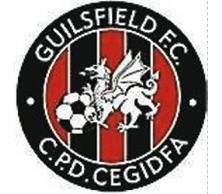 Russell Cadwallader has been confirmed as the new manager of Guilsfield after making the “hardest decision I have ever had to make” in leaving Berriew.

The 43 year-old became Guilsfield’s number one target following Mike Barton’s shock resignation to join Technogroup Welshpool a fortnight back, and the former Welshpool and Caersws goalkeeper informed his new club this afternoon that he would be coming on board.

“The invitation to manage a great club in the Cymru Alliance was just too good an opportunity to miss,” said Cadwallader. “I have enjoyed an incredible time at Berriew who are a fantastic club and it has been the hardest decision I have ever had to make.

“I came for a month and ended up staying four years and enjoyed some fantastic moments both on and off the pitch. I am grateful to Berriew for the opportunity to manage them and I would like to thank everyone involved at the club and I wish them well for the future.”

Cadwallader took Berriew to 12th in the Huws Gray Alliance last season but they were relegated after the reshaping of Welsh football’s pyramid system. During his tenure, he finished second in the Spar Mid Wales League in 2009, a year which also saw them win the League Cup. He was previously the manager at Welshpool from 1998-2004.
Meanwhile, Guilsfield chairman Paul Harding is ecstatic and believes his club has come out of the Barton saga a lot stronger.

“When we sat down as a committee to see who we wanted there was one name that everyone agreed on and that was Russell,” he said. “He has proved himself to be a great manager at Berriew and we are looking forward to working with him. We needed to be patient because we had to serve seven days notice of approach and we spoke to him as soon as it expired. He impressed the committee and we believe we have got the right man.”